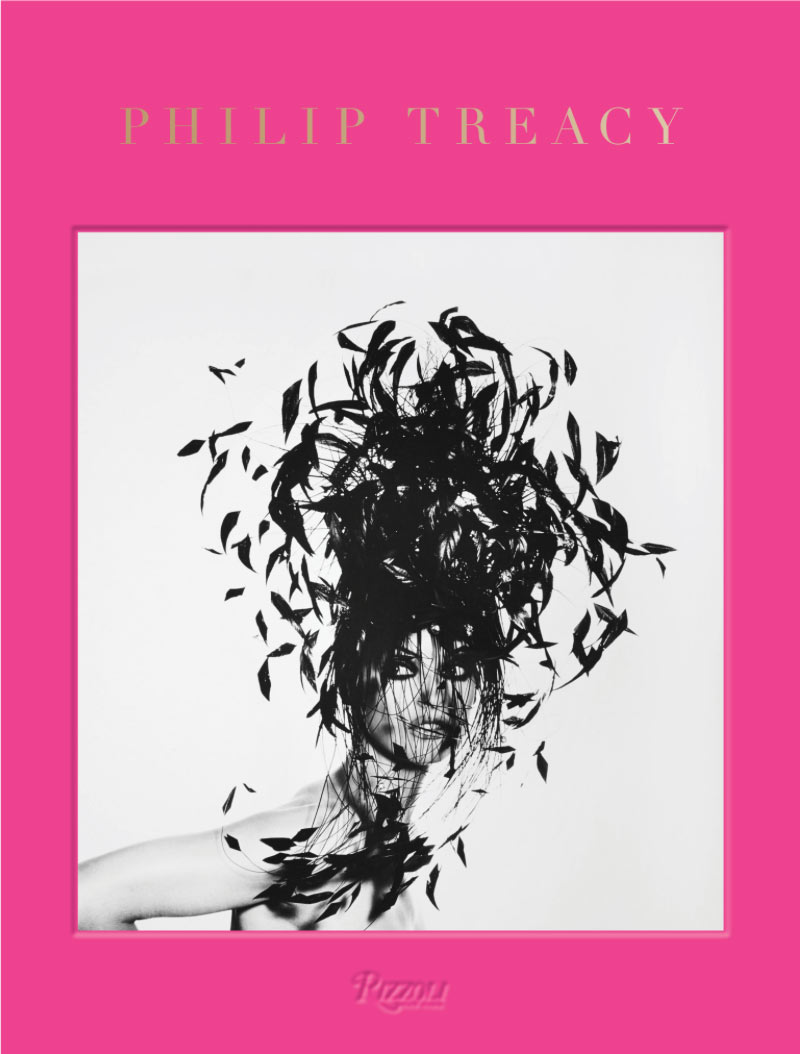 By Philip Treacy with Marion Hume

“Every hat I have ever made has begun in my mind as a photograph. I can see it on the model, at the right angle, before I even begin.” –Philip Treacy

Over the past two decades, Philip Treacy’s hats have been among the fashion world’s most extraordinary creations. They have attracted the attention of iconic image-makers and icons from Grace Jones to Lady Gaga, Madonna to the Duchess of Cornwall. The greatest photographers of the era, including such legends as Irving Penn and Richard Avedon, along with Steven Meisel, Mario Testino, Bruce Weber, and Patrick Demarchelier have chosen Treacy’s hats for some of the most memorable fashion images of our times.  PHILIP TREACY: HAT DESIGNER, offers a deeply personal look at the hat designer’s creative process and his world, sharing stories of his collaborations, friendships, and how a hat can evoke the transformative power of fashion.

In this visually compelling book, Treacy shares his ability to synthesize art and fashion with materials ranging from silk to Plexiglas to humble farmyard feathers rendered fantastical through this Irishman’s skillful hands. The book illuminates the creative force of a designer who is equally artist and artisan. It also expands on his friendships with Isabella Blow and Alexander McQueen offering insight into how those relationships nurtured and fostered his imagination.

ABOUT THE AUTHORS:  Philip Treacy is the recipient of numerous international fashion awards, including the title British Accessory Designer of the Year at the British Fashion Awards (which he was awarded five times). Marion Hume has contributed to titles including the Financial Times, the Saturday Telegraph Magazine, W, and the New York Times, is a former contributing editor of Vogue USA and is the international fashion editor for the Australian Financial Review.